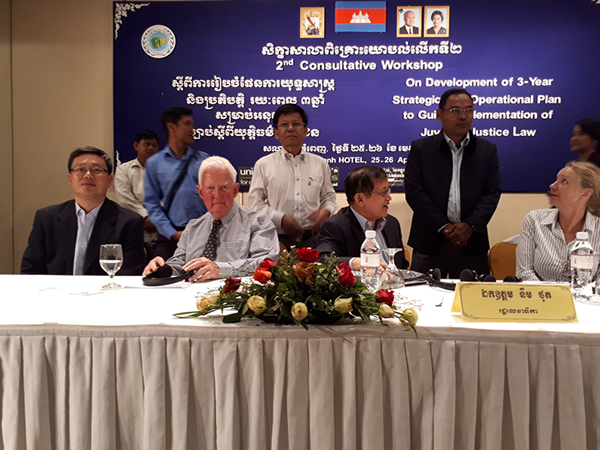 CRI’s decade long commitment to juvenile justice issues in Cambodia has received significant recognition with the passage of that country’s Juvenile Justice Law (JJL) in July 2016, followed by measures currently being undertaken to ensure its effective implementation.

Cambodia ratified the United Nations Convention on the Rights of the Child (UNCROC) in 1992, but has always had great difficulty in adhering to its requirements, particularly in relation to young people who come into conflict with the law in that country. For example, two major requirements under article 37 of the Convention (1) that detention of juveniles should be a measure of last resort and for the shortest appropriate period of time and that (2) children deprived of their liberty should be separated from adults, have been virtually impossible to fulfil in the Cambodian context. As a result, many young offenders who have committed minor offences are currently tried and penalised as adults, and the rate of incarceration of young people is disturbingly high.

No Justice Just Us

Descendants of the Gurindji stockmen and their families who walked off Wave Hill Station in 1966 have used the 50th anniversary to highlight continuing injustices against Aboriginal Australians.

The group is angry at NT and Federal government responses to the recent ABC TV Four Corners program on Don Dale Detention Centre that showed the use of tear gas, beatings and chair restraints on youth detainees.

“We are people with Gurindji cultural affiliations who wish to express our total lack of faith in the justice system in relation to the ever-increasing incarceration of our people in detention centres, gaols and similar institutions around the country,” a statement released today said.

“We cannot sit by and be silent while our children – our future generations - are being irreparably damaged.”

Read more: No Justice Just Us

LET ABORIGINAL VOICES OF THE NORTHERN TERRITORY BE HEARD:

Within twelve hours, PM Turnbull called for a Royal Commission. The terms of reference were announced last night - they have been determined without any input from Aboriginal people!  NT Aboriginal people had been demanding more.

Aboriginal Peak Organisations (APO) of the NT had called for the NT Government to be dissolved.  Over one hundred organisations, Aboriginal and Non-Aboriginal, called for the Royal Commission to be “independent...from the Northern Territory Government ...and...chaired by an appropriate expert ... [and that it]... must have Aboriginal representation from the NT.”  There are calls for a second Royal Commissioner to be appointed, one from the NT and Aboriginal, and to be appointed by NT Aboriginal groups. There is a great lack of trust.

Aboriginal representative on to the royal commission into alleged abuses at a juvenile justice facility in the Northern Territory.

“I’ve talked to some of my Aboriginal friends and they’ve told me they’ve had enough of having things done to them, and that they wanted to be involved,” Justice Nicholson said.

He deplored the alleged abuses in the detention facility, revealed by ABC’s Four Corners, and said he hoped that any investigation “would not be a whitewash”

Calling for the inclusion of a senior Aboriginal representative on the royal Commission, Justice Nicholson said “it would add great weight to the commission.”

Justice Nicholson today officially opened the two-day National Centre against Bullying (NCAB) conference in Melbourne, an initiative of the Alannah and Madeline Foundation.

After his opening address, Justice Nicholson said of the Four Corners footage, “this is one of the most horrific things I’ve seen, I couldn’t believe I was in Australia”

The conference hosts world leading local and international guest speakers, presenters and delegates with this year’s conference taking on the theme ‘Towards bullying solutions: theory and practice.’

Media inquiries contact Adrian Bernecich: 0416 045 701 or This email address is being protected from spambots. You need JavaScript enabled to view it..

National call for uniform approach to bullying in schools

All Australians should be concerned about the current 'unacceptable situation' of the individual rights of young people in addressing bullying, according to the Chair of the National Centre Against Bullying, the Hon Alastair Nicholson AO RFC QC.

Click here for the full text of the media please

One in six children living below poverty line, report finds 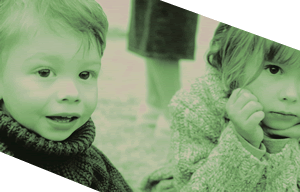 To mark 25 years since Australia ratified the UN Convention on the Rights of the Child, the Australian Child Rights Taskforce has released a report tracking what progress has been made for Australia's children in that time.

The report has found that despite two decades of economic growth, one in six children still lives below the poverty line. And while considerable progress has been made in protecting child rights in Australia, there are a number of entrenched challenges that still need to be addressed.