A seminar on Medico Legal aspects of Australia’s Asylum Seeker Policies in light of Australia's obligations under relevant international instruments including the Refugee Convention and the UN Convention on the Rights of the Child.

A visit to Nauru in March 2018 by UNHCR’s Director of the Asia-Pacific Bureau, Indrika Ratwatte,  left him visibly shaken by “the comprehensive evidence of the harm inflicted (by the Australian Government)” and “rates of depression and stress that are among the highest ever recorded”. 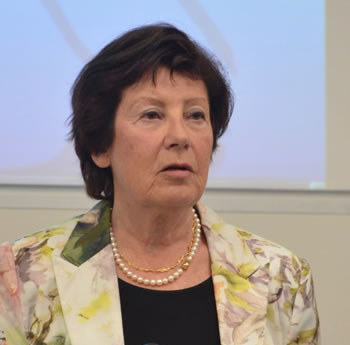 Professor Erika Feller, a Professorial Fellow in the University of Melbourne School of Government and former Assistant High Commissioner (Protection) of the UNHCR, was the first speaker at the second seminar, ‘Asylum Seekers and Their Children Matter’ in the medico-legal series ‘Child Health, Children’s Rights and The Law’ hosted jointly by Children’s Rights International and the Royal Children’s Hospital Alumni. The seminar was held during Refugee Week on June 19th at the Melbourne Law School and was chaired by The Hon Alastair Nicholson.

Asylum seekers on Nauru and Manus Island have not been provided with adequate medical care. UNHCR is overstretched and under-resourced, said Feller. Global strife has overwhelmed the capacity of humanitarian resources to deal with those affected. Over half of those seeking asylum are under the age of 18, and only half of child asylum seekers are able to attend primary school. There are over 160 refugee host countries, which are predominantly [86%] low and middle income countries  bordering those producing refugees. The big hosts include countries like Turkey, Pakistan, Iran, Uganda and Ethiopia. Surprising ones are, in addition, Israel, for example, which has received around 60,000 African migrants and refugees. Many refugees  are taken in by  countries, like Yemen, already racked by civil unrest. Often host countries have to deal with a mix of internally displaced people and refugees.  Very many have inadequate resources to support their own people. Urbanization of refugees is a compounding difficulty. Sixty percent of refugees live in or on the margins of big cities, and fewer than 22% are housed in refugee camps. Conflicts can be long-lasting – often more than 10 years. Solutions are elusive. Very few refugees can return to the country of origin, and resettlement addresses the needs of fewer than 1%.

Professor Feller dismissed claims that boat people are “queue-jumpers” because there are no queues, nor is it illegal for those in fear of persecution to seek refuge under the provisions of the UN Refugee Convention. Australia’s humanitarian intake is capped at 18,500. She also disagreed with assertions that boat people are responsible for their own plight, as states are much more culpable than they admit: conflicts are not prevented, while border externalization puts pressure on under-resourced countries close to the crisis and plays into the hands of the burgeoning people smuggling trade who capitalize on the pressures forcing people to leave their first asylum states.

Children under 15 make up 40% of all asylum seekers and they are vulnerable to trafficking, forced child marriage, abuse and violence, neglect, lack of education, perilous journeys and forcible conscription. In practice, children end up being denied basic rights as most asylum protection systems have been crafted with adults in mind.

So what is the way forward for Australia? A formal, in depth, quality review of the whole asylum system is necessary.  The aim should be establishment of a fair, effective and expeditious asylum process, on-shore, complemented by better regional arrangements. The detention arrangements on Manus and Nauru must be terminated. Viable alternatives, both on-shore and off-shore, exist. Regional processing arrangements should not be precluded, provided they respect human dignity, have the appropriate resources and follow due process. Most importantly, new arrangements must put children first – everything should be looked at through a child-friendly lens. The harmful practice of child detention should be stopped and children should only be detained as a last resort. And finally, everything possible should be done to prevent children becoming stateless. 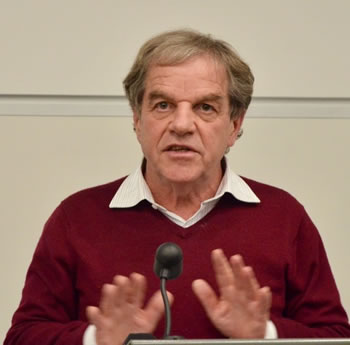 Professor David Isaacs, Clinical Professor in Infectious Diseases at the Children’s Hospital, Westmead and Editor-in-Chief of the Journal of Paediatrics and Child Health, spoke of the devastation he felt after interviewing children in the residential quarters of the Nauru Regional Processing Centre in 2014. He was shocked to observe that children self identified and identified their drawings not with their own names, but with their boat number, because that is how they are addressed by the guards in the camp. The dehumanization of adults and children is comprehensive and pervasive, Isaacs said. Why not refer to them as “people seeking asylum” rather than “asylum seekers”? There is no privacy in the centre and women face danger whenever they venture the 100 metres to the toilet facilities; many have been sexually assaulted or even raped. Research consistently shows that children held in detention frequently suffer from depression and anxiety and are affected by the distress and despair of their parents. Many will self harm and babies often fail to thrive.

Mandatory detention was first introduced by the Australian Government 25 years ago, but whereas the intention was that it should be short-term, the duration of detention has steadily been lengthened, not accidentally, but deliberately. The two major political parties seem to be competing with one another in the harshness of their policies. Australian citizens who commit serious crimes such as manslaughter can expect to be released sooner than a detained asylum seeker can. Detainees are completely without hope. Even now, there are 30 children in detention on Nauru. One in three has been there for more than 2 years and some for even more than 3½ years.

Isaacs posed the moral question whether asylum seekers in detention should be treated differently when they are accompanied by children.  Those who argue against this maintain that traffickers would intentionally put children on boats to ensure the continuance of their trade, but there is no evidence for this. According to Professor Isaacs, the profound harm it causes children means there is no excuse for putting children in detention. Isaacs believes there is a flaw in the government’s policy of mandatory detention when they also turn back boats, because if you are doing this successfully, there is no need to keep people in indefinite detention.

Professor Isaacs works in a children’s Refugee Health Clinic on a day to day basis and more than 60% of his child patients have post-traumatic stress disorder. He believes that the treatment they have received in detention meets the UN definition of torture.

Ms Katie Robertson, Senior Associate in Social Justice Practice at Maurice-Blackburn Lawyers, has represented many refugees and asylum-seekers, particularly children of asylum seekers who were born in Australia but who face the threat of being sent to Nauru. She has been shocked by the regressive behavior she has witnessed in children, the suicidal depression among mothers and the resulting difficulty mothers have in bonding with their babies. Children are developmentally delayed, lacking play equipment, places where they can crawl and experience gaps in their education. “We have ruined a generation of people”, she said. The lack of medical care relates in part to the constant movement of refugees from centre to centre. Medical professionals are frustrated because their decisions are often overturned by officials and afraid to speak out because they have been threatened with repercussions, even imprisonment. There is a great need, Ms Robertson said, for greater communication between doctors and lawyers and the development of a combined approach to the issues encountered. 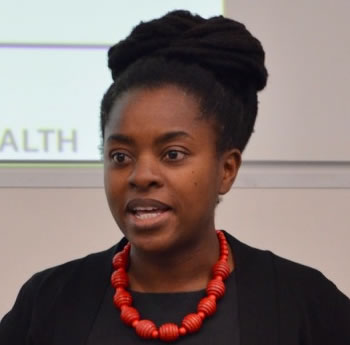 Dr Kudzai Kanhutu, an Infectious Diseases and Refugee Health Clinic consultant at the Royal Melbourne Hospital described the case histories of several of her patients to show what huge issues refugees face in dealing with the government and the fear they experience. Medical professionals are often at a loss to answer non medical questions about what someone in an extremely complex situation should do and what rights they have. She called for “more inter-professional cross-contamination”.

Given that both Katie Robertson as a lawyer and Kudzai Kanhutu as a doctor were both calling for more opportunities for collaboration and communication between the legal and medical professions who provide services to refugees and people who seek asylum, we have a challenge before us: how best to facilitate this.