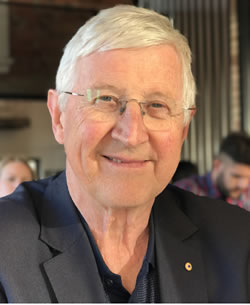 A seminar series on children’s rights under the U.N. Convention on the Rights of the Child

The idea for this series originated at a meeting of the board of Children’s Rights International (CRI; www.childjustice.org), of which I am a member and which is chaired by former Chief Justice of the Family Court, The Hon. Alastair Nicholson AO RFD QC. There are two other former judges on the board, some additional lawyers and several members from other professions. We wanted to establish a forum where members of the medical and legal professions would come together to discuss children’s rights and to explore the many areas in which the interests of the two professions overlap. To provide structure, we proposed that we would base the meetings on the various clauses of the UN Convention on the Rights of the Child. Our aim was to educate and stimulate discussion in a scholarly atmosphere, assisted by respected, well-informed speakers. It flowed naturally that CRI would invite the RCH Alumni to collaborate in hosting the series, and that meetings would then alternate between RCH, where the Alumni would be hosts and the University of Melbourne Law School, where CRI would be the host organisation. We further invited Dr Linny Phuong, Founder and Chair of the Water Well Project and a Fellow in Infectious Diseases at RCH, to be a member of the organising committee because of her extensive connections with young doctors.

The first meeting in the series took place in the RCH Foundation on the evening of Tuesday 27 February and was chaired by Alumni President, Dr Hugo Gold. This was intended to provide an overview of the UN Convention and the extent to which it is implemented in Australia. The two key speakers were Professor John Tobin, Francine V McNiff Professor in Human Rights Law at the University of Melbourne and Dr Georgia Paxton, Head of Immigrant Health and a consultant paediatrician at RCH. They each spoke for about 15 minutes and were then joined by two panellists, Associate Professor Lynn Gillam, Academic Head, Children’s Bioethics Centre, and Alastair Nicholson, Chair of CRI.

Professor Tobin spoke about the background to the Convention and what it was intended to achieve. He challenged the audience to identify ways in which their day to day practice was influenced by the Convention.

Lynn Gillam surprised some members of the audience by saying that she had difficulty with “rights talk” because as an ethicist and philosopher, she could always see complex situations in a more nuanced way and the Convention is expressed in more black and white terms.

Alastair Nicholson spoke about CRI and its work to defend the rights of children who encounter law enforcement agencies, the judiciary and the prison system in Cambodia.

The meeting attracted a capacity audience of nearly 70 lawyers and doctors (young and old) and provided the opportunity for them to socialise over drinks and light refreshments both before and after the seminar.