Children’s Rights International has been working on the ground in Cambodia with its partner Legal Aid Cambodia (LAC) since 2005. CRI’s current priority, after extensive consultation, is to help establish a Child Friendly Court system in Cambodia.  Since that time, with the support of the Cambodian Ministry of Justice, the  Child Justice Working Group, the NGO Working Group on Child Justice, the Australian Embassy, AusAID, and UNICEF, considerable progress has been made. 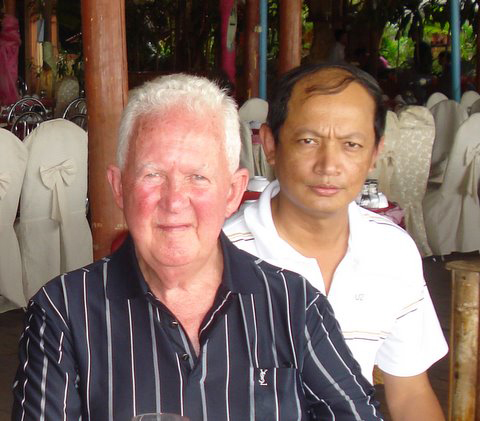 This partnership will shortly commence to roll out training programmes in Australia and later in Battambang, Siem Reap and Phnom Penh to assist Cambodian judges, prosecutors, police, prison officers, social workers and allied professionals in bringing to Cambodian children, in conflict with the law, their rights as detailed in the United Nations Convention on the Rights of the Child to which Cambodia is a signatory.  A Child Friendly Court is the aim. To establish this Court in 3 key provinces is currently seen as a 3-year project.  With successful outcomes and additional funding the project could be expanded to other provinces and hopefully to include the whole of Cambodia.

There is an overwhelming consensus amongst the agencies and individuals consulted by CRI  that a Child Friendly Court system in Cambodia will be a fundamental building block in improving what is currently an appalling situation for children and juveniles who come in contact with the reality of Cambodian adult law. There is also demonstrated good will on behalf of most Cambodian adults to improve the situation for children in a nation where most people are themselves young as a consequence of the genocidal madness of Pol Pot and the Khmer Rouge.

The justice system in Cambodia currently lacks structure as local authorities and police have very little expertise and no basic legal knowledge of children’s rights or legal documents. Once children are arrested and detained by the police they are typically “punished” in some extrajudicial way if the offence is minor. If a child is prosecuted and enters the court system the lack of a separate juvenile justice system condemns the child to be tried in adult courts, under adult laws. If sentenced to prison the child will be incarcerated alongside adult inmates. Similarly, child witnesses including victims of crime are not dealt with in an appropriate way by police, prosecution authorities and the courts. This is what CRI, the Ministry of Justice and our partners want to turn around and the will is there among all the key stakeholder to do just that.

Recently, The Hon. Alastair Nicholson AO RFD QC, CRI’s Chair, went to Cambodia with Bill Jackson, CEO of CRI, and other board members to finalise arrangements for the project. He held meetings in Phnom Penh with UNICEF, AusAID, the President of the Bar Association of Cambodia and senior Cambodian Government officials, together with lawyers from our partner organisation, Legal Aid Cambodia. The Australian Ambassador, Her Excellency Ms Penny Richards, held a dinner to welcome the CRI party and those associated with the project including Government officials, judges and prosecutors. 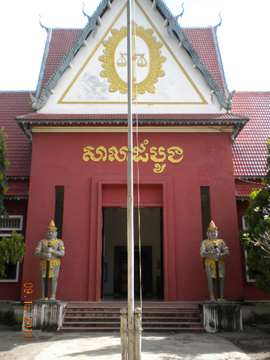 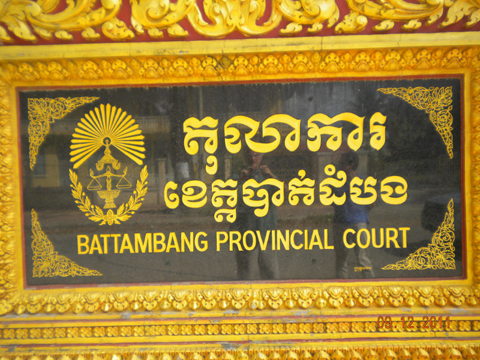 As a consequence of the recent Cambodian consultations which included government, NGOs, the judiciary, the Bar, UNICEF, AusAID and the Governor of Battambang province, the first stage of the programme will commence in August 2012. 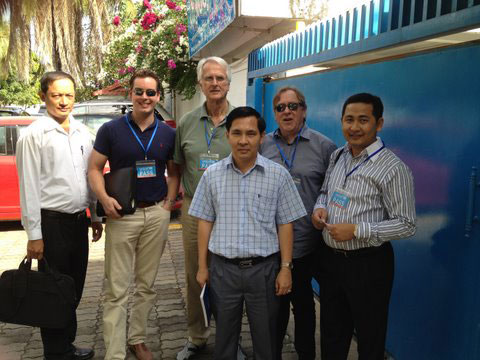 The Hon. Alastair Nicholson has been acting on behalf of CRI as a consultant to Royal Children’s Hospital International (RCHI), Melbourne, since 2009 in relation to issues of child justice and child protection in Vietnam and has made a number of visits to Hanoi in that connection. He has met with senior government officials there including officials of the Ministries of Health and Justice and the Ministry responsible for child welfare, together with representatives of the People’s Procuracy and Supreme People's Court with a view to discussing the introduction of child friendly court procedures and the setting up of a Children’s Court to deal with issues of juvenile justice and child protection. Another CRI board member, Ms Sally Nicholes, has also been involved in some of the Hanoi discussions.

RCHI has for many years been working with the National Hospital for Paediatrics (NHP) in Hanoi on a wide range of issues and more recently has commenced a programme for the training of Vietnamese paediatricians and nurses at the hospital in the detection and possible ways of prevention of child abuse.

In Vietnam there has been only limited progress in developing a child friendly approach to justice issues and children, whether alleged offenders, witnesses or victims, tend to be treated in the same way as adults when involved in the justice system. There is also considerable concern about issues of child protection and a desire that action should be taken. However, there is now considerable interest in changing the system. 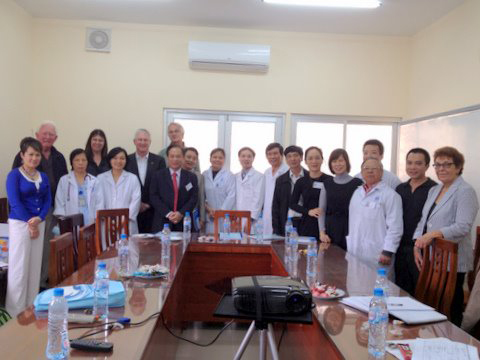 CRI in conjunction with the NHP, RCHI and The Research and Training Centre for Community Development (RTCCD), a Vietnamese NGO, then proposed a further seminar in 2011 which was designed to include not only the MOLISA and the MoH but also those ministries and organisations associated with the justice network, namely the Ministry of Justice, the People’s Procuracy and the Supreme People’s Court.

The concept of such a seminar was enthusiastically adopted by those bodies and, importantly, by the National Assembly of Vietnam, which took over its running. The Seminar, which was held on 15 and 16 December 2011, was entitled “Strengthening Intersectoral Collaboration against Child Abuse in Vietnam". Additional financial support for the seminar came from the Australian Embassy and UNICEF. 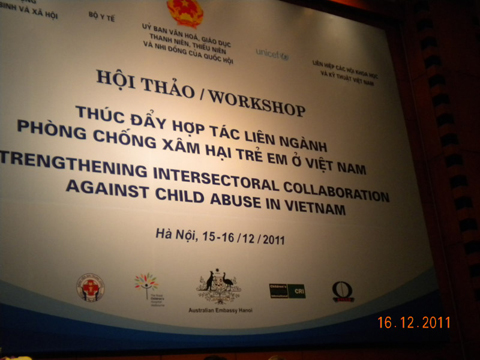 It is hoped that it will lead to a programme similar to that being developed for Cambodia and CRI remains ready to be involved in it. A project like a child friendly court will only succeed if it is accepted by those with the responsibility to implement it. In Cambodia, years of consultation with Government NGOs and Cambodians  seeking a Cambodian appraisal of how to proceed have taken place and the relationships which have thus been built have been crucial to getting to this point. A similar process is occurring in Vietnam.

The calibre of the individual trainers from Australia and New Zealand, where Child and Juvenile Courts are world leaders, speaks for a bright future for the projects. Those individual contributions will be voluntary and ongoing professional and personal relationships will be made.

It is not easy for countries which have been through the trauma suffered by Cambodia and Vietnam, stripped as they have been of their older generations and infrastructure, to regenerate and modernise an entire system and at the same time address the issue of child justice……… but this is essentially what they must do to secure their future.